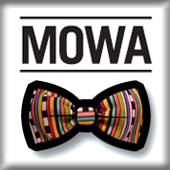 A new startup in New York City is launching today. The startup called MOWA tells Nibletz.com that they are producing the ultimate social game to win unique and exclusive prizes. Sure the social gaming space is a bit crowded but with a unique name and a unique plan we’re hoping MOWA has a successful launch.

Now just as a quick note this isn’t the full launch but it’s a start. We got a chance to interview MOWA on this momentous day for them. Here’s that interview:

MOWA is the ultimate social game to win unique and exclusive products.
MOWA is mobile social game with challenging daily missions about fashion, beauty, food, sports and events. It is played by sharing pictures that respond to the challenge of the daily mission. The most voted picture of the day wins coveted prizes sponsored by trendy and high-end brands.
“So, you wake up in the morning and before anything else you grab your phone, just like most of us do. You read MOWA’s mission of the day which might read something like: ‘Who doesn’t love a lazy Sunday? We sure love kicking back and making the most out of the day off. Show us your lazy Sunday pajama and we just might hook you up with some PJs that are even more comfortable.‘ And the mission will show you what is the final prize. After that you snap a picture of your lazy Sunday PJs, and post it up on MOWA. You can promote your pic as much as you want, because in the end it’s all about other people voting for your picture. The picture that receives the most votes wins.”

The founder of MOWA is Matteo Franceschetti. He’s an Italian serial entrepreneur, passionate about conceiving and developing business opportunities and always focused on what’s next.
He’s most recent venture, before entering the tech industry, was GIR, an international group operating in the renewable energy industry with a main focus on solar energy.
Matteo’s passion for business and start-ups has motivated him to keep developing projects and mentoring young talents, which is a key element for him when putting teams together.
(you can read more information about Matteo on his site:www.matteofranceschetti.com)


How did you come up with the idea?

Matteo had some tech-based ideas since a while back. Around six months ago, he started bouncing back ideas with other people. At some point he spoke to me (Alexandra) about them and so we started exploring opportunities. At the beginning the ideas had a slightly different shape, even if they were all tech/internet/mobile-based. But the reasoning behind all of them was: why are people spending so much time online, playing all these games, sharing all this content, and not getting anything out of it other than the social reward?

And so MOWA started taking shape. Matteo formed the team, and together we refined and developed the idea to make it a reality.

We are based in New York City

When did you start working on it?

We started working together one month and a half ago.

Give us an example of the unique and exclusive prizes?

Our prizes are unique because they are mainly not from mainstream manufacturers, they are pieces that range from hand-made, to locally-grown, locally-produced, organic, to special and original designs. They are exclusive because they are not sold everywhere, which makes the makes the task of finding them a curating process.
Prizes will offer a variety for men and women, and they can be anything from fashion accessories such as high-quality scarfs and handbags, to innovative sportswear.

Is this just iPhone or Android as well?

On a first stage it will be released only for iPhone.
The second stage will include the launch of the game on the website and an app release for Android.

Are you bootstrapping it?

We haven’t already raised money, but we are interested in raising seed capital over the next few months.

What is one lesson you learned in launching Mowa?

There are many lessons, and that is part of what we want to get out there through our social media and through a documentary we have been putting together. During this time developing MOWA we have learned from every experience, and we realized that there is no startup showing what it is like to work on something from scratch and make it happen day by day.
So through our Twitter (@hellomowa) and our documentary videos which we will release soon, we expect to share every challenge faced and lesson learned with our users and followers. Through these videos and our Twitter they will be able to follow the step by step of taking an idea from something intangible to a reality.
But to sum up these weeks of learning we could say that the one lesson we learned in launching MOWA is: “A startup is made by people. The team plays the biggest role in making things happen. If you integrate a great team, great things will result.”

Where does the name come from?

The name comes from Mouth Watering, considering MOWA and the prizes you can win by playing MOWA is something everyone will want… Mouth Watering prizes.

What’s next for Mowa?

Coming up is the actual launch of the app on the Apple app store. After this release for iPhone, we are launching the game on the website, and the app for Android. And then the sky is the limit. We see a lot of potential for MOWA to grow and expand its business model into other gaming structures.

Linkage:
Nibletz is the voice of startups “everywhere else” check out these new stories