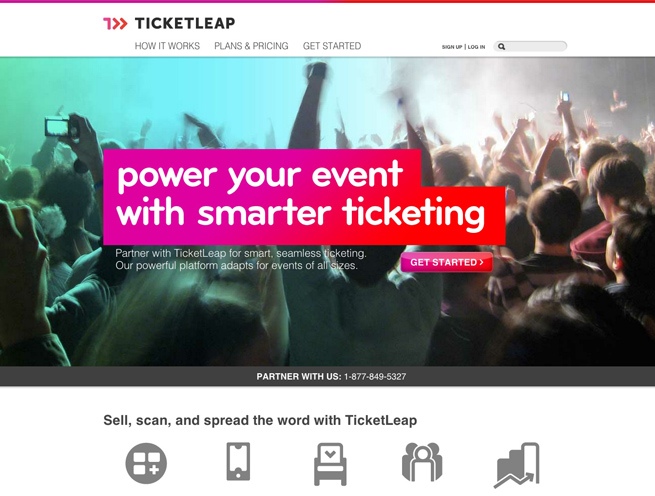 Back in April we reported that Philly event ticketing startup TicketLeap was the first ticketing company to offer reserved seat ticket mapping for user created events.

On Monday evening an alarming post came across the Philly startup listserv. TicketLeap CEO Chris Stanchak announced that “the frog is dead”. What? The frog is dead I thought to myself. Was TicketLeap shutting down, we’re they acquired?

After reading the post thoroughly TicketLeap has gone through a rebranding and with that they killed off their mascot frog. The Kermit’s of the world wept in a moment of silence. Actually, though, this is good news for Stanchak and the team.

Stanchak said in his note to the Philly startup and tech community:

As many of you know, we’ve been quite busy working on our platform over the last two years since we relaunched it in the cloud on AWS. Our product team continues to astound me and I couldn’t be prouder. We are a product first company, but we felt like it was time to catch up some other areas.

So……I’m happy to say that we’ve taken another big step on this great ride and launched a new brand identity for TicketLeap – we feel it best reflects us as a company….and in order to do that we had to kill the frog (gasp!).

The new logo accompanies a relaunch of the TicketLeap website, iPad, iPhone and Android apps. Key elements of the new redesign include making the site more social, user friendly and adds the ability for event organizers to add mobile box office, a feature that Eventbrite released last year.

The new social initiatives include deeper integrations with Facebook and Twitter which allow people to socialize around a certain event. VentureBeat also reports that TicketLeap will be able to pull valuable demographic analytics about events set up through the service.

Unfortunately for the frog though, it looks like he’s going to be somebody’s fried frog legs dinner sometime soon.