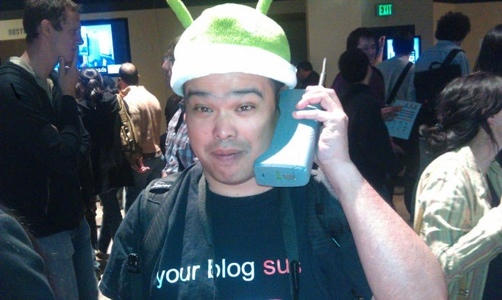 A Los Angeles startup founded by designer Brad Helmink, is bringing back one of the 1980’s most iconic pieces of mobile technology.

The Motorola DynaTac was first introduced in 1983 for a price tag around $4000 in 2012 terms it would be closer to $9000. The phone was one of the first mobile phones that didn’t require a bag to be attached to it. The DynaTac had about 30 minutes of talk time and 8 hours of standby.

The phone was spun into popularity by the savvy Wall Street tycoon Gordon Gecko, played by Michael Douglas in the movie Wall Street. Our readers, just a little younger may recall the phone having a prominent place at Bayside High School where saved by the bell’s main character Zack Morris (played by Mark Paul Gosselaar) carried one to school.

If you’re too young to remember either, well just trust us, it’s freaking cool.

The new 2012 model is not an actual phone but rather a bluetooth speaker system that Helmink insists, sounds far more superior than the original during a call.

The Bluetooth version will give you the average bluetooth battery life, about 5 hours of talk time and tons of hours of standby. It also works with any Bluetooth enabled smartphone.

You’ll be the talk of the office, trading floor, party, pool,mall or wherever you go when people see you actually making and receiving calls on the new 80sBrickphone. In this day and age where the “coolest new” Android phone is released every two weeks and hundreds of millions own an iPhone 4s, the 80sBrickphone will be a status symbol of epic proportions.

To get the project off the ground Helmink took to Indiegogo. He’s looking to make $55,000 to cover the costs of an initial production run. He’s collected a little over $4000 just enough to buy an original back in the 80s.

If you want one (and we know you do) there’s a link below.