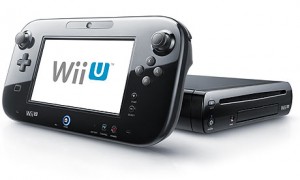 New Jersey video conferencing startup Vidyo has probably outgrown the title “startup”. Their completely scalable video conferencing solutions can be found powering such high profile video services as Google+ Hangouts, NTT, Philips and more. Now it’s been reported that the company is powering the all new video chat feature found in the Wii U game system that debuted in stores across the country yesterday.

Wii U’s video platform can be found in their new improved MiiVerse service and is used with the camera built into the new Nintendo Wii U control pad.

We’re trying to bring video-conferencing to the world,” Vidyo chief executive Ofer Shapiro told Venturebeat.com’s John Koetsier. “We want to carry it to the masses.”

Vidyo isn’t necessarily taking on Skype but rather looking to put video conferencing in the living room. Having the ability for video conferencing in the living room opens up an entirely new world for content creators, both novice and professional.  Also, with systems like the Wii U you can easily have whole family video chats using the tv as the monitor, no matter what it’s size.
Google+ Hangouts are incredibly easy to set up. It’s just one click within the Google+ network. Video chatting on the Wii U is even easier than that. It doesn’t require firing up the computer and getting on Google+. Let’s face it we’re probably looking at the possibility of much bigger scale utilizing the Wii U than the Google+ platform. Several quarters ago Google stopped reporting growth numbers for Google+.
Video integration with the Wii U also cuts the barrier to some people who are more comfortable with gaming systems and stay away from the computers.
While the video quality on the Wii U console is not “professional” it’s still “excellent” for the home use according to Shapiro.
The Wii U launched yesterday morning in the United States. Nintendo packaged two different bundles, a white “basic” system with 8gb of storage and no included game and a black deluxe system with 32gb of onboard storage, packaged with Nintendo Land.
Analysts are expecting the Nintendo Wii U to be one of the most popular gifts this holiday season. Most major big box stores have depleted their stock and are unsure if they will get another shipment before Christmas and Chanukah.
Linkage:
Source: Venturebeat
More startup stories from “everywhere else”
Make sure you attend this startup conference