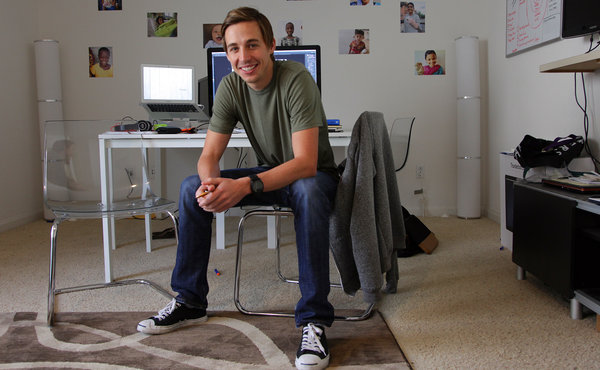 Y Combinator founder Paul Graham is a busy man. Based on the West Coast, when America’s hearts turned to the Boston Marathon bombings, his did as well. Being so far away there wasn’t much he could do to help the situation in Boston so he turned to Watsi.

Graham tweeted on Monday “When terrible things happen to people I can’t help, I go to watsi.org and help people I can”.

Watsi is a crowdfunding platform that allows users to connect with patients with real serious needs for low cost medical care and enables users to fund high impact treatments.

For example the Watsi home page shows Eliazar a young Guatemalan man who had to have his right arm amputated after gang members threw a grenade into his home. For just $650 he can get a prosthetic device that will help him perform simple daily tasks that are impossible at the moment. He is just $205 away from that goal.

Currently Eliazar is the only fundraising patient on the site, to date they’ve funded over 300 patients and helped them get their much needed medical attention.  Now you can see why Graham would choose such a service to actually help people.

It was this revolutionary new concept in crowdfunding for social good that motivated Graham to invite the founders out to Silicon Valley for a meeting and then invite them into Y-Combinator as the accelerator’s first ever non-profit startup.

Like many Silicon Valley power players, Graham is a very busy man. He enjoys helping and nurturing the startups that are in the YC program and serves as a “father figure” to many of them, well beyond their YC days. He’s known for going to bat for his startups with other power players in the investment community, like the ever so famous Paul Graham, Fred Wilson debate over Airbnb.

While many power player’s resumes include laundry lists of board seats that they serve on, until now Graham has never taken a board seat.   Just like Watsi was the first ever non-profit in the Y-Combinator program, it was also the first startup that Graham has ever decided to take a board seat on.

Graham will now provide guidance to the young company that money can’t even buy.  With that in mind you also have to consider the fact that this is a non-profit so Graham can’t expect a large return, if any at all.

For decades, heart wrenching commercials have shown up on the TV urging people to sponsor kids in foreign countries for education, clothing and food. For just $.25 a day you can make a difference. While those programs are great, most people receive a photo in the mail of one kid and aren’t clear on where their money actually went. With Watsi it’s very clear. Of course they are also vetting the patients’ stories as well to make sure the money goes in the right place.

With all that’s going on in the world today, this is just a great story to share on a Sunday. Share it below!