First the Internet changed the music industry and the way artists do business and market themselves by creating a clear path between artists and fans. The use of the web and social media launched the careers of number one artists like Soulja Boy, Macklemore, and Ryan Lewis.

Now artists are gravitating towards mobile technology. This puts the artist in their fans’ pockets, available wherever they are. 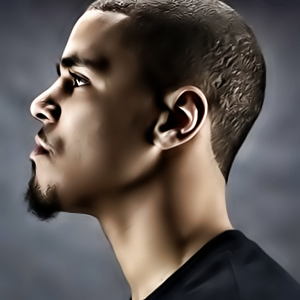 That’s why Grammy nominated RocNation artist J.Cole has turned to mobile technology and Cincinnati startup LISNR with his unique idea for listening parties. For decades, artists have held listening parties at intimate locations just prior to an album launch. In the past they would do a mini tour and fly across the country to reach as many core fans as possible.

Through social media, fans were instructed to download the LISNR app, which hosted map coordinates informing fans where the parties took place. Once on site, fans listened to the entire Born Sinner album from start to finish through their headphones. Attendees  accessed Born Sinner through LISNR, which activated and “sent” the music once a fan had been identified in range of LISNR’s content-unlocking signal. The entire experience was synchronized across all phones and cities at 8:00pm Thursday night, creating a unique, national listening party.

LISNR had previous success in the music space delivering exclusive content to fans through their branded mobile app. In March of this year, electronic dance trio Swedish House Mafia partnered with the company to deliver a fan-led laser light show during their final U.S. tour dates, specifically Masquerade Motel in Los Angeles, California.

LISNR was founded in March 2012 on the SXSW Startup Bus.