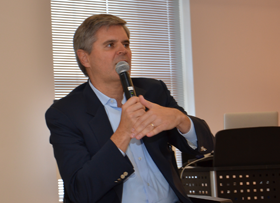 While Nibletz isn’t going to pontificate on the southern border issue in the United States, the recently passed Senate Immigration Bill is solving a huge problem for startups. One that the likes of Steve Case, Scott Case, Marc Nager, Brad Feld, and others have been championing.

In the most basic of laymen’s terms, it’s somewhat easy for a foreigner to come to America, attend an accelerator, get funding for their company, and go home. It gets rocky when they want to stay and build their company in America, one of the reasons Startup America and other organizations are even around.

It’s also somewhat easy for a sharp foreigner to come and work for Google, Microsoft, or Facebook, but when they have that great idea and want to build their startup in the U.S. things get a lot more dicey.

The new immigration legislation includes “startup visas” that according to The Washington Post, will “allow entrepreneurs from around the world to start firms and create jobs.”

Earlier this year at SXSW Steve Case and Scott Case (no relation) spent a lot of time celebrating startups across the country. However at Startup America’s huge SXSW party, Steve Case took to the stage to talk about immigration and how we needed this reform in order to help spur innovation from great minds who, in most cases, have come over to the United States and seen what they can do here.

Steve Case told The Washington Post: “This important step demonstrates the capacity of our elected leaders in Washington to come together across party lines to advance what is clearly in our nation’s best interest – an immigration system that meets the needs of our 21st century economy. The Senate’s bill will attract the world’s best entrepreneurs and innovators and be a key ingredient to sustaining America’s long-term competitive edge.”

Steve Case, the founder of AOL and Revolution has done some major lobbying on Capitol Hill over the past 4 years to help spur entrepreneurship and innovation across the country. He is the founding chairman of Startup America, which recently merged resources to go global with Startup Weekend as UpGlobal.

Steve Case is also trying to save social local commerce