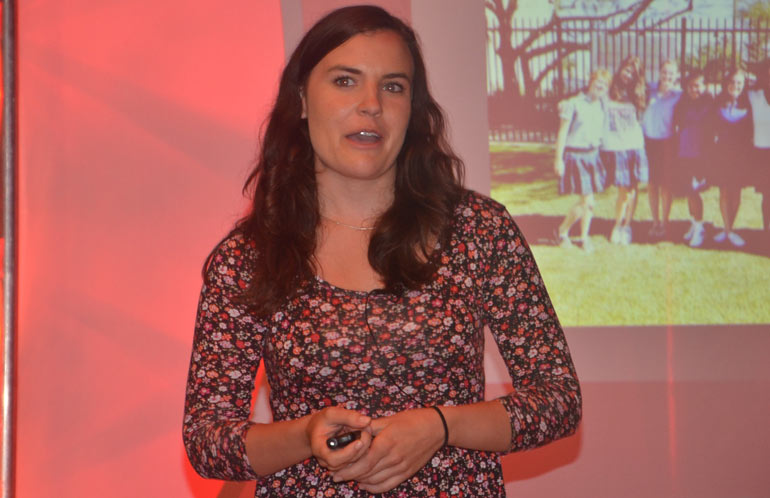 Stacey Ferreira is a bad ass startup chick, and quite frankly has one of the most bad ass stories we’ve ever heard. That story starts when she was a student at an all girls Catholic high school in Phoenix, Arizona. When you hear about entrepreneurs starting out as developers in high school, a lot of times those stories are about boys.

Well Ferreira was lonely and missing all of her public school friends who were about 40 miles away. Looking for something to do to pass the time she turned to her brother Scott. He had just begun teaching himself how to program, so the two of them decided they would learn how to become game developers.

Through the rest of her time in high school, Ferreira spent her free time creating and developing different projects with her brother. Then the time came to graduate high school and their parents insisted that they had just one more summer left before they had to go get real internships like everyone else. The Ferreira siblings decided to go all in and move to Los Angeles to build out one of the projects that they had worked on in high school. That project became MySocialCloud.

During that summer Richard Branson held a fundraiser contest of sorts that said if you could donate $2,000 to his charity you could have cocktails with Branson in Miami. Stacey wasn’t even old enough to drink, but quickly realized the value in spending time with Branson. Oh, the other problem was they didn’t have the money. To make matters worse, when they called and talked with someone in Branson’s office they discovered the two of them would need $4,000 not $2000.

Scott and Stacey now had the daunting task of selling their dad on getting a loan. Dad wanted a business plan, Stacey told the standing room-only crowd at a startup event Tuesday in Chattanooga. So she and Scott developed a business plan. Almost reluctantly their dad said yes, but they had to return the money in 3 months.

That ended up not being too tough because that meeting in Miami ended up with a million dollar investment.

Stacey, who is also involved with the Young Entrepreneur’s Council, told her story during FireSide Talks, which featured Thiel Fellows and other entrepreneurs 20 and under. Stacey talked about her entrepreneurial journey from that private school in Arizona, to living in almost the slums of Los Angeles, meeting Branson, getting $1 million dollar investment, and eventually getting acquired. Oh, and that was in less than two years.

Watch Stacey tell her own story: