You see we weren’t kidding when we told you that Everywhere Else Cincinnati was going to be the place for startups everywhere else. We’ve made a top tier conference affordable for bootstrapping startups all over. Our nearly 30 speakers are the caliber of speakers you would find at tech events in San Francisco, New York, and London.

Today we have the privilege of announcing that Lightbank associate James Dickerson and mobile guru and untether.tv founder Rob Woodbridge have joined the lineup of amazing speakers for the conference.

James Dickerson is the founder of Brandery alumni startup Leap. Starting a company is nothing to him, though.

Immediately after college he spent 30 days in the desert with just a blanket, a knife, and a poncho. He then cut his teeth in the sales world as a beer salesman, and anyone who’s ever done that knows how hard it can be. He created a startup called Wellthy that was accepted into The Brandery and then came out as Leap.

Dickerson wasn’t content with being a startup founder. He wanted to make a difference and an impact so he used a pitch deck to get his current position as an associate at LightBank.  Lightbank is no stranger to startups everywhere else. Built on the success of Groupon, their portfolio reads like a who’s who of startups from everywhere else: Belly, BenchPrep, Zaarly, SpotHero and Contently don’t even scratch the surface when it comes to their top tier portfolio companies. 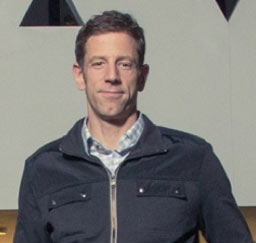 To tell you the truth we were scared to book Rob Woodbridge. By his own admission he “never stops talking.” It’s good talk, though, and he’s preaching the entrepreneurial gospel and the gospel of mobile rockstars.

His technology story starts in 1993 the year before Netscape released the first mass market web browser. He started one of the first internet service providers in Ottawa, the kind that you dial into their servers (Never mind you may not know what I’m talking about, but this was a big thing before you ordered internet from your cable company).  That company started building custom software applications by 1998 (if you’re keeping score that’s when Mark Zuckerberg was 14).

In 2000 Woodbridge founded a company called getHOW. Soon after the internet bubble burst, and Woodbridge then linked up with SystemScope. After that, he joined OCRI’s Entrepreneurship Center to run the Ottawa Capital Network.

Now he’s the founder of untether.tv which is dubbed “Casual Conversations With Mobile Rockstars.” He’s also the three time emcee of uxcamp Ottawa.