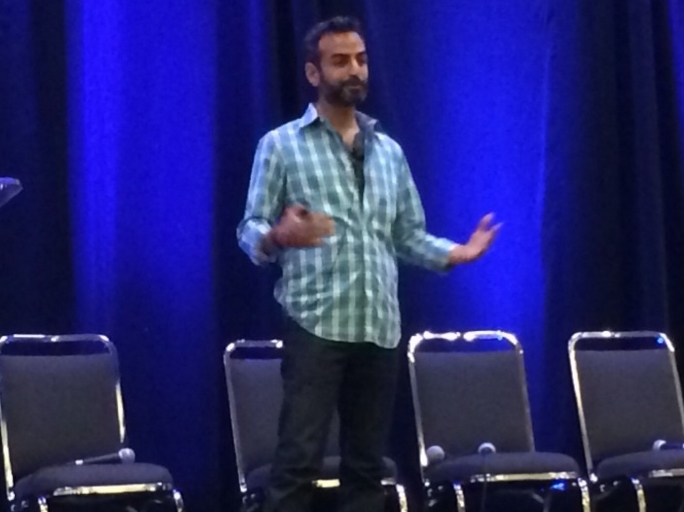 Andrew Warner, CEO of Mixergy, regularly interviews the best entrepreneurs in the world to learn about their tactics and experience. He knows about founders.

PUSH BACK ON THE RESISTANCE, was the message from Andrew. While building his greeting card and invite company, he convinced a partner to sell ads until by writing him a check for a refund if the partner was not satisfied. It worked. The partner was on board, despite initial resistance.

Resisting external forces is very different from resisting internal forces. Warner launched the invite site, but did not reach out to users because his internal voice, or counter mind, told him to keep working and building. Even his wife used another site instead of his software for invites. After he failed, Warner set out to learn from other entrepreneurs and never fail again, thus Mixergy was born.

Andrew realized that people have insecurities and needed a better way to address these counter minds. His big tips:

1. Pick one issue that triggers your negative chatter. This is that internal voice that kicks into your head

2. Listen to the counter mind. It loses power when you listen to that voice.

3. Ask questions about the counter mind statement? (is it true, does it matter). Challenge the voice and then assess the merit of the statement.

Most tweetable quote from his speech? “No one became great without sucking.”

Warner’s message is that connecting with the “true mind” instead of unnecessary negative thoughts will allow you more freedom to enjoy your work and success.