When Josh Hix answered my call yesterday, it was easy to feel the fatigue through the phone.

“How are you,” I asked, smiling because I already knew the answer.

“Um,” he answered with a little laugh. “Tired.”

Entrepreneurs around the world know that feeling. It’s that crazy, intense, things-are-going-great-but-oh-my-god kind of fatigue. Plated’s Hix and his cofounder Nick Taranto know that feeling after their episode of Shark Tank aired. The segment ended with Mark Cuban offering the pair $500,000 in exchange for almsot 6% plus advisor shares.

After their episode of Shark Tank aired on Friday night, Hix and Taranto watched the traffic soar. According to Josh, they saw several months worth of traffic come in over the weekend. They also have several thousands of emails unanswered. (So, be patient with them, if you’ve emailed!)

As if the insane growth wasn’t enough, Taranto and his wife are also expecting their first child. They had a baby shower on Saturday, of all days!

Plated already covers about 80% of the country, an impressive feat considering it’s been less than a year since they graduated from Techstars NY. In the couple of days since the show aired, they sold out inventory around the country. Every market saw off the charts growth in both traffic to the site and sales.

The two cofounders filmed the Shark Tank episode in July of 2013, just a month after graduating from Techstars NY. Even before this weekend, they were already experiencing crazy growth. 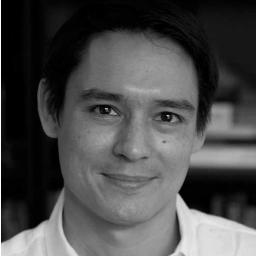 “Our metrics are already 10x what they were on the show,” Hix told me.

And, the growth continues.

The Shark Tank effect has been discussed in various places. Earlier this year, Cycloramic saw 100,000 downloads in the hour after the episode aired.

It’s not just companies that get funded, though. Eyebloc, the protective cover for your webcam, saw a huge bump in sales and funding on his Indiegogo campaign.

Before the episode aired, Hix, Taranto, and the team were gearing up for bump in traffic.

“You know it’s going to be big,” he said. “You just don’t realize how big until it actually happens.”