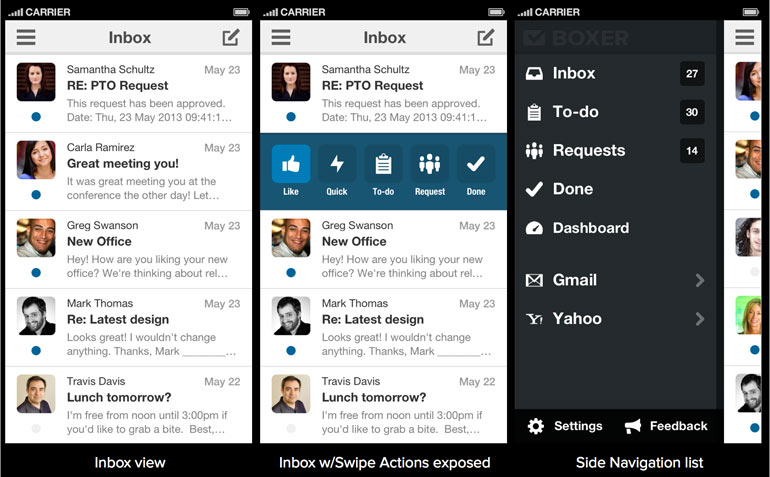 Earlier this year the startup world was abuzz about the brand new Mailbox app. You remember, the one that made you download a countdown timer, and for most, wait several days before getting your hands on the app. However, people who get high volumes of email, quickly saw that Mailbox was a hype machine. The hype got so loud they quickly got acquired by the team at DropBox.

While all that was going on, tens of thousands of people descended upon Austin, Texas, for the annual Woodstock of startups, SXSW Interactive. It was there, at the Capital Factory and then on one of the startup stages, we found Taskbox.

We got to hear about the meat and potatoes baked into Taskbox during a pitch session focused on startups that were immune to the series A crunch. All the startups in that pitch session had an investment ask at the end of their decks, but we were just longing for a really good email app designed for people that actually get email.

Taskbox proved to be that app. In fact, the Taskbox team accelerated at Capital Factory which just happens to be founded by Joshua Baer, who made most of his fortune in–you guessed it–email.

After downloading, I discovered immediately that the team behind Taskbox had loaded the app with easy to use features, an appealing UX/UI, and had actually considered people who received a lot of email.

So Andrew Eye tipped me off a few weeks ago. He told me that during SXSW he had met  Xoogler Jason Shellen. Shellen has a very strong background having worked with Google, AOL, and his own startup Brizzly. During their time together at SXSW, Shellen told Eye that he was working on something new called Boxer. Boxer had even simpler, easy to understand features. The Taskbox team quickly acquired Boxer and brought Shellen on as head of product. 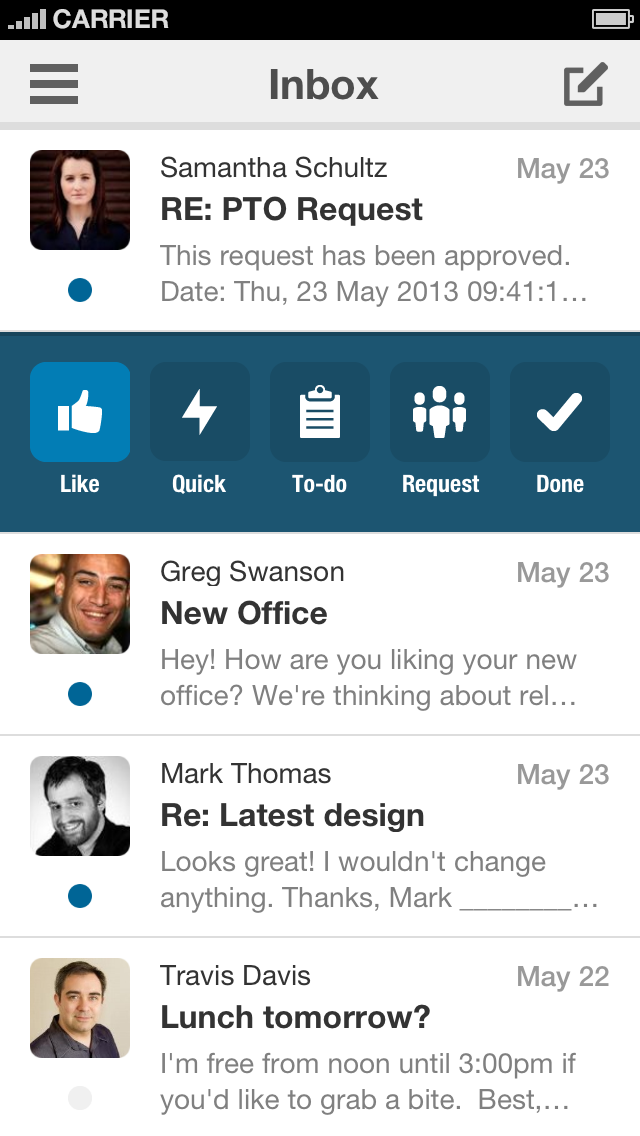 Shellen helped the Taskbox team revamp the UI by flattening it and adding some features that I’m really excited about, like the ability to “like” an email. This feature will let the writer know “Hey, I’m not ignoring you.” Sometimes that’s all you need to say in an email: message received and understood! It’s like a 10-4 button.

While the Taskbox team had a great product to start with, in reforming and launching under the Boxer name, they’re going t take email to yet another level. They also added more heavyweights to their founding dream team. Adam Cianfichi. formerly with Accuvant and Ciphent, and Ian Ragsdale who worked with Baer on OtherInbox and also Skylist, round out the new Boxer team. Andrew is the CEO, Adam heads up Design, Ian runs Engineering, and Jason runs Product.

The app is gesture based (yes like Mailbox), but what you can do with the gestures is infinitely more powerful. You can swipe to earmark an email for a set later date, you can archive it, like it, use a quick response or add it to the “to do” list. They’ve also integrated a favorites list and the ability to call up all email exchanges between you and another person with a click of a button. It’s almost like a mobile email based CRM.

Currently, Boxer is only available for iOS. Find out more here at getboxer.com

Now read: Am I the only one on earth who thinks Mailbox Sucks?