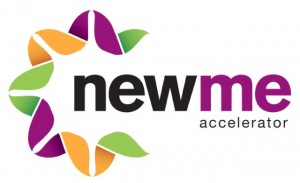 In February the NewME Accelerator announced a nationwide tour, a series of PopUp Accelerators. The program–which will visit 13 cities by the end of 2013–is sponsored by Google for Entrepreneurs.

Last weekend the PopUp Accelerator camped out in Memphis, TN. They ate a little BBQ, saw a little Beale Street, and met a lot of entrepreneurs.

And Memphis showed its best at the Sunday Demo Day. Whether they are testing for bacterial infections or selling wedding supplies, the founders were passionate and excited. Many of them already had traction and customers.

“There were so many great founders in Memphis that is was such a hard decision picking the winner . . . Additionally, the amount of talented entrepreneurs was exciting to witness, from non-profits to social enterprises to for-profit ventures we were impressed with the talent there and are looking forward to staying in close contact with them,” Angela Benton, CEO of NewME, said in an email.

So, who were those winners, and what did they win?

3rd place, with $22,000 in products and services, went to Brit Fitzpatrick of MentorMe.

2nd place, and $36,000 in products and services, went to Richard Billings of Screwpulp.

And 1st place went to Charleson S. Bell of BioNanovations. 1st prize was $46,000 in products and services and a spot in the August cohort of the full NewME Accelerator in California. 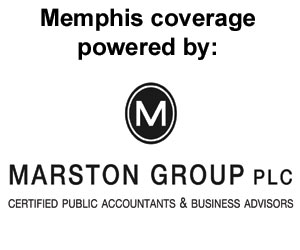 NewME focuses on accelerating businesses founded by minorities and women. Acceptance to the program doesn’t include seed funding, but participants have access to the vast network Benton and her team have cultivated. Besides Google, that network includes Ben Horowitz and several top-ranking Twitter employees. Utilizing this network, almost all of the companies in the last 4 cohorts have raised significant funding.

The PopUp Accelerator in Memphis was sponsored by Start Co and the FedEx Institute of Technology. Start Co also runs the local accelerator the Seed Hatchery, which most recently accelerated both MentorMe and Screwpulp.

“We were happy to partner with NewMe to bring their POPUP Accelerator in Memphis, TN. I was really impressed with all the entrepreneurs that pitched and we hope to work with them going forward at Start Co,” said Eric Mathews, founder and co-president of Start Co.

There’s always something unique about hosting people from out of town. When we look at our world through the eyes of a visitor, we begin to see things differently.

That’s exactly what happened with NewME in Memphis. Seeing the excitement of the NewME team re-energized Memphis founders and pulled the ecosystem a little closer together. New founders mingled with veterans, and everyone walked away with new ideas and new energy.

I also discovered some awesome startups. Look for coverage of those exciting companies in the coming weeks.

This huge conference for startups “everywhere else” is also in Memphis.